The Kappa chapter at The University of Texas at Austin was chartered in 1906. The first house to be known as the “University of Texas Zeta House” was located at 2403 Whitis Avenue until they moved to a new house at 1811 Colorado and then briefly resided at 2700 Guadalupe. It wasn’t until 1927 that Zeta Tau Alpha purchased a house at 2711 Nueces Street, where they continue to reside. Plans for a new house were completed by Page Southerland, one of Austin’s most prominent architectural firms in 1929, but were not used until eight years later when the Zeta tau Alpha’s could purchase two adjoining lots. Ernest Parker built the current Zeta Tau Alpha house in 1937. In the summer of 1965, interior alterations were made in preparation for Lynda Bird Johnson, President Lyndon B. Johnson’s daughter, to live in the house during the fall of 1965 and the spring of 1966. While Lynda lived in the house, her Secret Service had a command post in a small room next to hers on the first floor. Other famous Zeta Tau Alpha’s who have lived in the house are Betty Nyuyen, a current CNN and CBS Anchor, as well as Sandy Cornyn, the wife of Senator John Cornyn. In more recent years, the house has been remodeled and just received both Texas and Austin Historical Designations. The Texas Zeta Tau Alpha house also served as inspiration for the Zeta Beta Zeta house on the TV show “Greek”, as can be seen through the two houses striking resemblance. 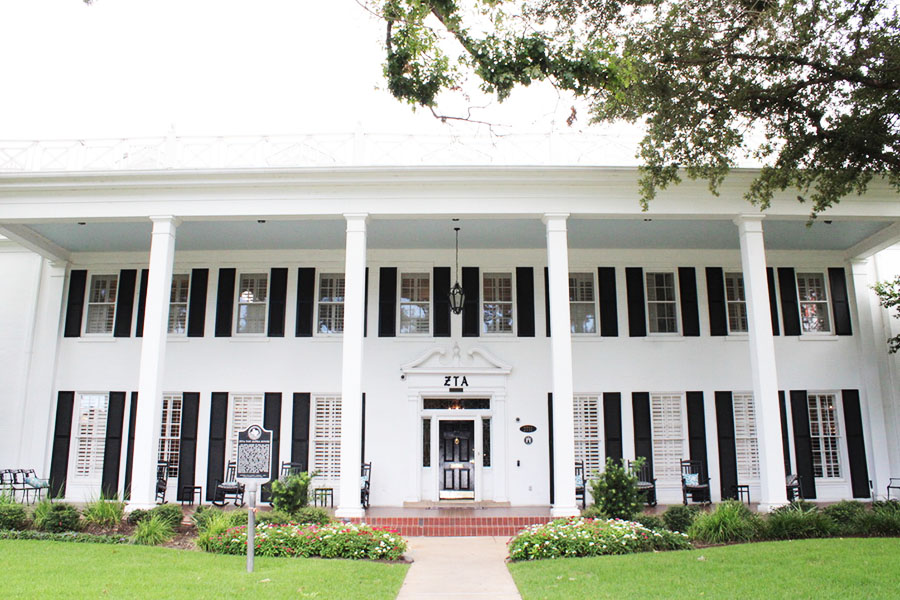 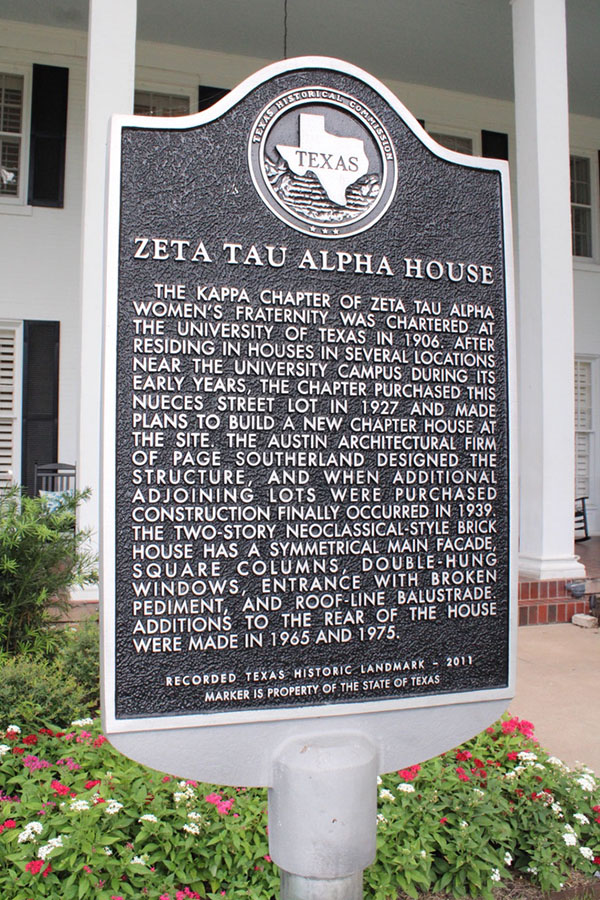 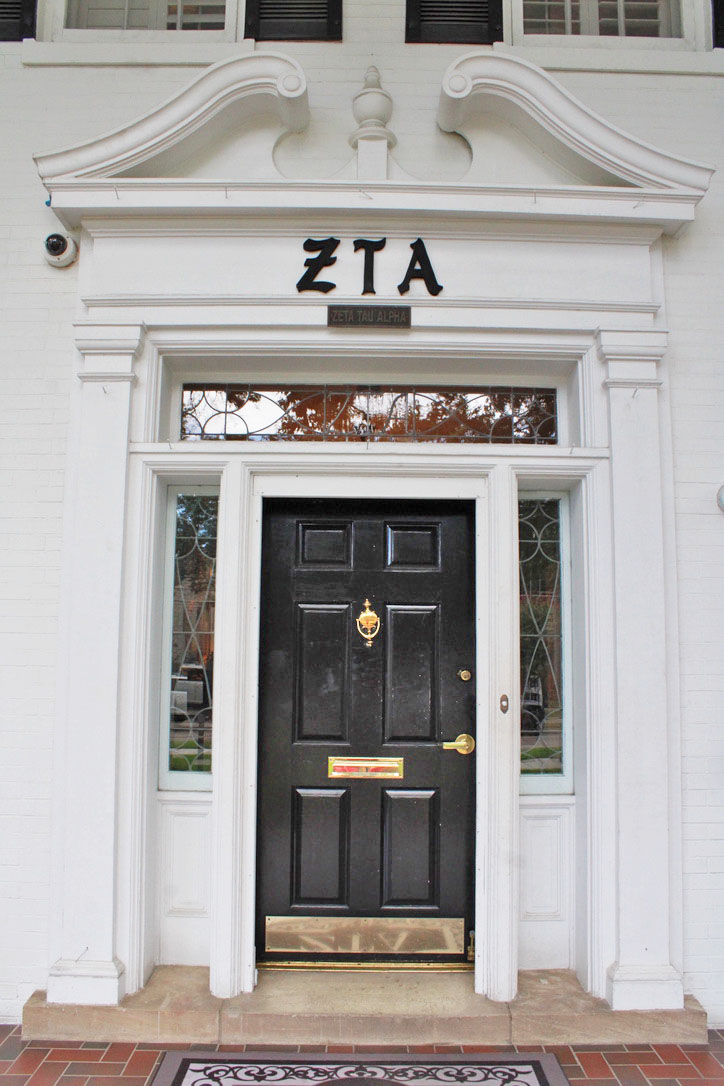